VALENTINE SPECIAL.....TIPS TO SPICE UP YOUR MARRIAGE 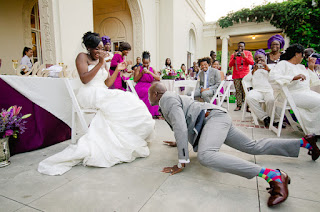 Especially around Valentine’s Day, it’s easy to find advice about sustaining a successful marriage, with suggestions for “date nights” and romantic dinners for two.

But as we spend more and more of our lives outside marriage, it’s equally important to cultivate the skills of successful singlehood. And doing that doesn’t benefit just people who never marry. It can also make for more satisfying marriages.
In many ways, that’s good news for marriages and married people. Contrary to some claims, marrying at an older age generally lowers the risk of divorce. It also gives people time to acquire educational and financial assets, as well as develop a broad range of skills — from cooking to household repairs to financial management — that will stand them in good stead for the rest of their lives, including when a partner is unavailable.
What’s more, single people generally have wider social networks than married couples, who tend to withdraw into their coupledom. On average, unmarried people interact more frequently with friends, neighbors, co-workers and extended family.
Socializing with friends and family and participating in clubs, political organizations, teams, unions and churches are essential components of what sociologists call social integration. And health researchers report that maintaining high levels of social integration provides as much protection against early mortality as quitting smoking. In fact, having weak social networks is a greater risk factor for dying early than being obese or sedentary. One analysis of 148 separate health studies found that people who cultivated a wide network of friends and other social relationships had a mortality risk 50 percent lower than those with weak ties.
Having a large network of friends rather than relying mainly on family is especially beneficial.
Marriage can provide a bounty of emotional, practical and financial support. But finding the right mate is no substitute for having friends and other interests. Indeed, people who are successful as singles are especially likely to end up in happy marriages, in large part because of the personal and social resources they developed before marrying.. One representative study of nearly 17,000 people found that almost 80 percent of those who married had reported the same levels of well-being four years before their marriage as they reported four years afterward.

It’s true that, on average, married people report higher well-being than singles. But mounting research indicates that most of the disadvantages of singles compared with the currently married are accounted for by distress among the previously married, especially those most recently divorced or widowed.
Maintaining social networks and self-reliance after marriage does far more, however, than protect you against depression and ensure against the worst outcomes of divorce or widowhood. It can also enhance and even revitalize your marriage.
Many marriage counselors focus narrowly on improving partners’ couple skills without taking into account how the marital relationship is affected by interactions with other people. Yet a 2017 study found that when people socialize more frequently with good friends, they not only report fewer depressive symptoms themselves, but so do their partners.
People feel better when their spouses have good friendships, over and above the effects of their own friendships. In another example of how friendships can benefit a marriage, happily married wives who experience conflicts in their marriage generally feel closer to their husbands when they can discuss and reframe the issues with a good friend.
As the U.C.L.A. social psychologist Benjamin Karney told me, “‘You are my everything’ is not the best recipe for a happy marriage.” Research his team will present next month at the annual conference of the Society for Personality and Social Psychology found that having supportive friendships is associated with more satisfying marriages, even among couples already content with the support they get from each other. “Even the happiest couples have something to gain by nurturing relationships with people outside their marriage,” he said.
That’s what’s wrong with the pressure put on couples to plan the perfect date night. Aside from having sex, which most of us prefer to do without outsiders around, people enjoy doing activities with their partner and friends together more than with only their spouse.
Socializing with others provides some of the novelty and variety that leading social psychologists call “the spice of happiness.” It also allows partners to show off each other’s strengths. My husband tells great stories, but I’ve heard most of them and am not interested in hearing them again when we’re by ourselves. When we’re out with others, however, I urge him to tell away. Their positive reaction validates me as well as him.
Still, don’t couples need date nights to renew their romantic passion? In one experiment, researchers assigned some couples to spend time by themselves and have deeply personal conversations, while others were set up with a couple they had never met and told to initiate similar conversations. Afterward, all the couples reported greater satisfaction with their relationship, but couples who had been on the “double date” reported feeling more romantic passion toward each other than those who had engaged only with each other.
So this Valentine’s Day, if you’re in the throes of early love, by all means plan a romantic evening alone with your partner. But if that first rush of passion has passed, you’re probably better off going on a double date. And if you’re without a romantic partner, why not hone your singlehood skills by organizing a dinner party with friends or inviting over a few people you’d like to get to know better? 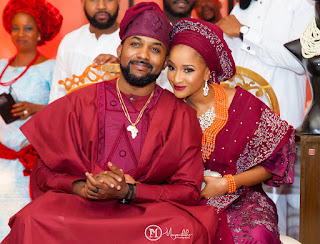